↓ Skip to Main Content
Home › General › Do I need possession of the property to seek to quiet title?

Do I need possession of the property to seek to quiet title? 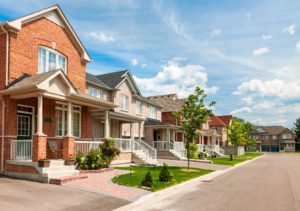 Possession of the property must generally shown for a Georgia action for conventional quia timet (with exceptions), but possession does not need to be shown for quia timet against all the world in Georgia.

An exception to this rule may apply when there are wild and unoccupied lands, or if there is another basis for the court to exercise equity jurisdiction. In the case of Vaughn v. Vaughn, 253 Ga. 76, 317 S.E.2d 201 (1984) the Georgia Supreme Court held:

The general rule does not apply in the case of wild lands. [Cit.] Another exception is this: Where there is any other distinct head of equity jurisdiction sufficient to support the action, possession by the plaintiff is not required, but equity will retain the cause and grant relief by quieting the title or removing clouds.” [] “Wild” land is to be distinguished from merely “vacant” land. Ejectment will lie for the purpose of settling the title of a party to vacant lands, [], and an equitable petition to quiet title thus may not be maintained to remove a cloud on title which is merely vacant[.]